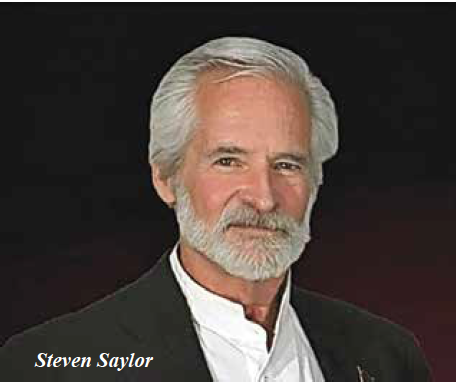 Steven Saylor, Executive Director of The Comstock Foundation, has been elected as the position of Second Vice-
President of the Nevada Museum Association.
The NMA provides support to the state’s 100+ museums by offering learning opportunities through a quarterly newsletter, annual conference and other informational workshops held throughout the year.
As the Second Vice-President for the NMA, Saylor’s responsibilities will include maintaining membership records and for the collection of dues which, are then forwarded to the treasurer of the association.
Saylor was asked how his role as Second Vice-President of the NMA could benefit the Comstock Foundation and the projects the foundation is involved in.
Saylor responded, “Well, it will benefit the Comstock Foundation because it is another milestone for the foundation. Along with the Nevada Energy Foundation supporting the building of our new museum, it gives me a little more credence as far as the museum association for the foundation.”
The new museum Saylor is referring to will be located in the old Cabin in the Sky restaurant in Gold Hill. The Chronicle will be reporting more on the plans for the new museum in the following weeks.
Much of the work that Saylor performs for the Comstock Foundation is grant writing. “Being the Second Vice-President of the Nevada Museum Association looks really good on the resume when I submit a grant
application,” added Saylor.
Saylor continued, “We have a lot of wonderful museums in Nevada and right now, a lot of them are shut down or have very limited accessibility. There is a lot of competition right now for grants and funding due to
COVID-19.” The NMA held their virtual Annual Conference on October 23rd, which Saylor participated.
Saylor’s love of Comstock history has played a major role in his life in Dayton. He has tirelessly shared his love for the Comstock with others through lectures and tours of historical sites.
As Executive Director of the Foundation, Saylor is focused on the preservation of the Virginia City National Landmark District as one of the most important National Historic Landmarks in the United States.
At over fourteen thousand acres, it is also one of the largest. The district includes Virginia City, Gold Hill, Silver City, the historic part of Dayton, and the old town site of Sutro. The Landmark commemorates a long history of
remarkable achievements in the field of mining.
According to the mission statement for the Comstock Foundation, their mission is to restore the legacy of a nation through the Virginia City National Historic Landmark District and the Comstock Historic District.
The goal of the Comstock Foundation is to protect, preserve, restore, educate and celebrate the historic structure, artifacts, landscapes and profound culture of the Comstock Historic District and our National Landmark for all to appreciate.
The Donovan Mill project in Silver City is one of the major historical projects of the Foundation. The project began in 2016 and will continue for a number of years.
In 2018, the Comstock Foundation received the prestigious Development Authority’s Pioneer/ Boundary Peak award as the best non-profit.
The Foundation was founded in 2014 and is a Nevada nonprofit foundation. Saylor is also known as a fine artist and operates a studio to display his artwork, Evergreen Studio.
The studio is located in a V&T RR Carson and Colorado Railroad 1800’s baggage car next to his home in Dayton. His artwork can be seen at evergreenstudio.com.
Saylor shares his love of art and photography as an adjunct Professor at Western Nevada College in Carson City.
Saylor also was a working cowboy from 1974-1982 in the Dayton Valley. He first worked for Tennessee Ernie Ford’s Allran Ranch and then with the Rolling A Ranch.
As an artist, Saylor is a member of the Society of Illustrators, American Portrait Society and was a founding member of the Board of Trustees for the Foundation for the American Western Art and Cultural Exchange.
Saylor also has an extensive background in mining and geothermal development. Saylor lives in Dayton with his wife Johnye. If you ever drive up near the Dayton Cemetery and see or hear the call of peacocks, you are close to their home.