The Upper Yellow Jacket Hoist would not have survived the winter winds without the restoration effort of the Comstock Foundation for History and Culture. The photo underneath is what the Upper Yellow Jacket Hoist looked like in August 2013. The fact that it remained standing proves that the law of gravity is sometimes suspended on the Comstock. The fact that we could save it proves that while we should have known better than to try, it’s good that we didn’t know better.

You can help the Foundation transform historic sites like the Yellow Jacket Hoist Work.

The Upper Yellow Jacket mineshaft dates back to the late 1930’s. The Comstock Foundation restored the hoist and ore chute as its first restoration project. The structure risked complete demise, but the Foundation saved this significant historic structure. The Foundation had a small window of opportunity to save it before potential collapse. The project began mid 2013 and the Foundation celebrated completion of the project in April 2014. This significant feat was accomplished with less than $125,000 and the structure will endure for many more decades to come. The iconic structure stands directly above the tracks of the Virginia and Truckee Railroad in Gold Hill within the Comstock Historic District and is seen by tens of thousands annually. 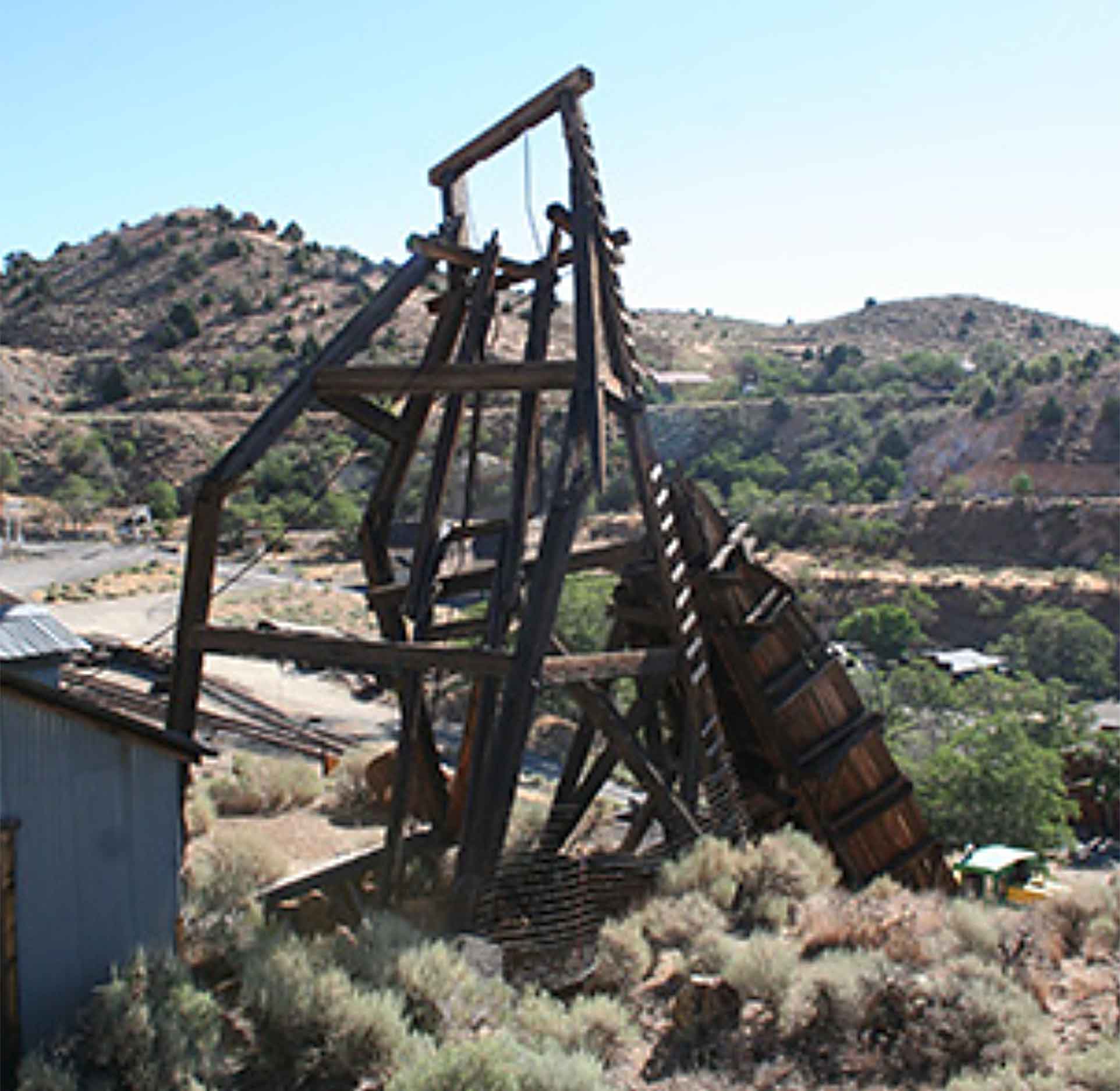 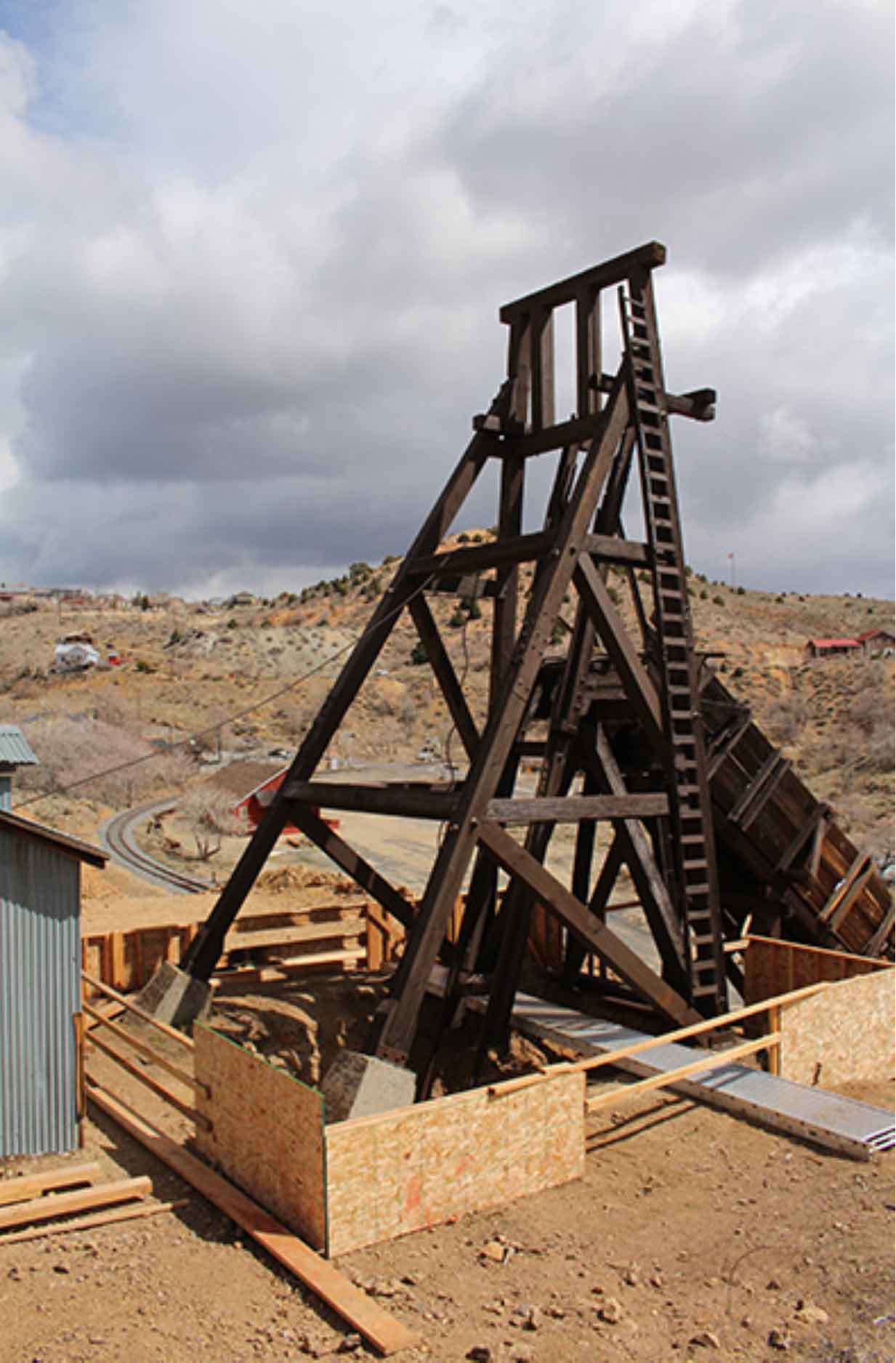