The Comstock Historical Foundation received a $5,000.00 grant from the NV Energy Foundation to support the designing of a new museum, “The Comstock Foundation Mining Milling Museum & Educational Center,” an 8,800 square foot structure which will be an all-inclusive history of the mining processes of the Comstock era.

“NV Energy celebrates your continued commitment to protect, preserve, and restore landmark, historical and cultural properties, and public locations,” said Lisa Harris, Senior Foundation Administrator for the NV Energy Foundation. And museums are important entities. Museums can increase our sense of well-being, help us feel proud of where we have come from, can inspire, challenge, and stimulate us, and make us feel healthier.

For many, museums help them visualize. Many people have little interest in reading about historical events, but when they can see an artifact up close, they can’t help but empathize with their fellow humans who endured whatever historical event exhibited. Museums can draw people into another time and show that this event actually did happen.

With the expertise of Mr. Pete Dube, architect of the Dube Group based out of Reno, Nevada, and a highly recognized museum architect, the designs are visually beautiful.

Dube was on the Nevada State Museum board for 10 years and designed the mob Museum in Vegas, he designed the Nevada State Museum in Vegas. He’s done a lot of work on our museum in Carson. So, he’s done work all over the state with historic structures and museums. He knows what the heck he’s doing,” said Steven Saylor, Executive Director at Comstock Foundation for History and Culture.

While the site for the museum is still being discussed, Saylor is very excited for the museum to be made a reality and the journey will start as it should – at the beginning. “When you go in, it will start out with Abner Blackburn discovering gold in Dayton. He had a pan and a pocketknife, and he went over and started digging in Gold Canyon. When gold was discovered, everyone else went over, and they started doing it too, but they were all headed over to California to the Big Gold strike, some stayed though.

And of course, we know the rest of the story is 10 years later when they finally worked their way panning up Gold Canyon, they got up to the mother lode. So, in 1859 when California was going down everybody rushed to the Comstock.”

The museum will focus on the equipment they used which were rockers and pans and what the miners were able to accomplish with the tools they had.  These miners used open pit mining until their lust for gold drove them deeper into the earth.

“That’s why most of them sold out because they didn’t have the hardware to do that,” said Saylor.

Then the museum will focus on the next phase of mining, the deep tunnel mining.

“We’ll move into that phase of it where they started using bigger equipment and then later on the massive pneumatic drills, so you’ll see the progression of mining and the Cornish pumps and all of that.”

Another section of the museum will also be dedicated to John Mackay’s efforts to bring electrical power up the mountains. In the “1900s,” said Saylor, “Mackay and some other guys started building a hydroelectric power plant down in Reno by Floriston. So, while they were building the plant, they were running power to the Comstock. It took a year to build but they were ready to hook up the Comstock to electricity because there wasn’t anything left to burn.”

Even back in the 1860s, the need for electric power was apparent since the miners were stripping the land of trees and coal was expensive. The discovery of the Comstock Lode in Virginia City fueled the decision to cross over 40 miles of desert to bring electricity into the deepest regions of the mining industry. With mining being Nevada’s primary industry in the 1800s, the building of hydroelectric power was imperative to the Virginia City’s economy.

Judy DePuy, in her article Flumes of Truckee: Using the Power of the Sierra, wrote, “The reason for the hydroelectric plants was to replace expensive, soot-producing coal and wood power. By the late 1800s, Virginia City mines were so deep that they required constant pumping to remove groundwater. Heat also plagued the mines. The deeper into the earth the mines went, the hotter they became. In some cases, the air temperature would be 150°F with the water reaching 170°F. Steam-driven Cornish pumps were effective for a while but the expense of the electricity and drop in value of silver forced mine owners to find cheaper power alternatives.”

“Electricity actually saved the Comstock,” says Saylor and that is why he wants to include historical, electrical power memorabilia. “Part of the museum will be dedicated to the power of mining and milling and that will phase into electric.”

And this museum is not just the hard work of Saylor alone, but a committee dedicated to preserving Comstock history. Bob Nylan, curator from the Nevada State Museum, Garret Barmore, curator from the Keck Museum, MacKay School of Mines, Joe Curtis, curator and designer of the Fireman’s Museum and the new Slammer Museum in Virginia City, Bill Watson, curator of the Thunderbird Lodge, Incline Village, and Don Bergstrom and Johnye Saylor, Board Directors of the Comstock Foundation.

Together with Steven, these talented and driven individuals are excited to see history preserved and presented for public viewing because like them, we all want to safe what we can of the history we’re so proud of.

“We’re not just a building. We’re the whole Comstock Historic District, the Landmark District, so we cover the whole 17,000 acres. So, our focus is Virginia City, Gold Hill, Silver City, Dayton, Sutro, and everything in between.” 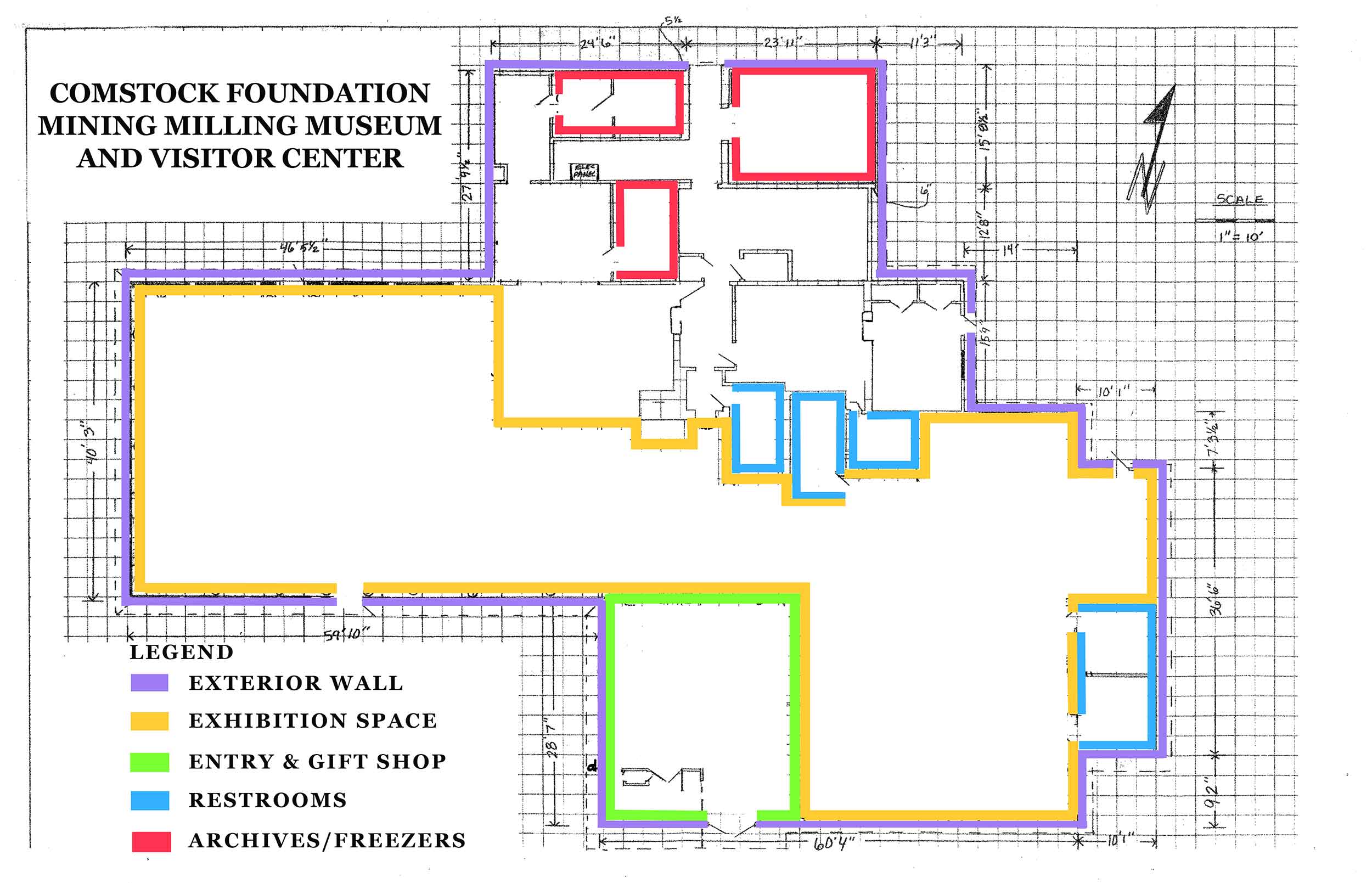