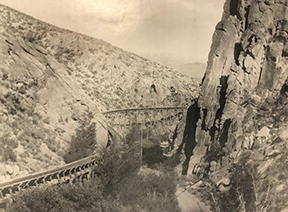 Description: In 1875, an East Coast newspaperman was treated to the trip of a lifetime. H.J. Ramsdell, a New York Tribune reporter, was assigned to Virginia City to report on the Comstock. He got more of a story than he bargained for.

While touring the various mining works, mining magnate John Mackay suggested Ramsdell visit to his company’s flume. Two days later, Ramsdell met with Mackay’s partners, James Fair and James Flood, in Virginia City. Joining them on the trip was John Hereford, the contractor who built the big flume. Flood and Fair challenged Ramsdell to join them for a ride down the flume by hog trough. Hog troughs were crude boats, V-shaped like the flume and 16 feet long. The 200-pound report 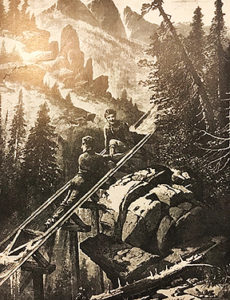 One experienced flume shooter warned, “A flume has no element of safety. You cannot stop, you cannot lessen your speed; you have only to sit still, shut your eyes, say your prayers, take all the water that comes…and wait for eternity.”

Reporter Ramsdell was able to write a good story, but his main satisfaction came from the fact that his wealthy hosts were so battered and sore, they could not get out of bed the next day. 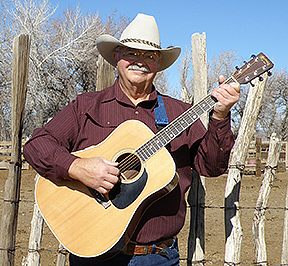 Bio: Tony Ilradi – Tony is a historian, lecturer, cowboy poet, musician who has entertained folks across the nation for over 25 years. And, a former employee of Sierra Pacific Power / NV Energy before that.