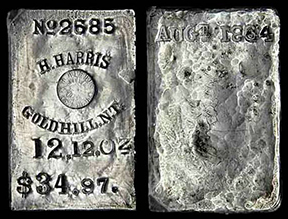 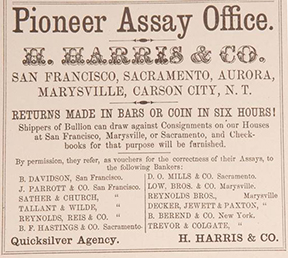 Description: Harvey Harris a Danish immigrant came to the United States in 1840. Heading west he worked at the New Orleans Mint and like many heard the siren of California Gold beckoning. By way of Central America, he arrived at San Francisco just in time for the opening of the West’s first Mint. Quickly realizing that the mint was not responding to the business demanded by the California Gold Rush, Harvey established an Assay Office in Sacramento. His business grew with Hard Rock mining and additional offices were opened in Sacramento and Marysville. In 1860 Silver discoveries in the Washoe region of the Utah Territory led Harvey to what would later become the Comstock Lode in Nevada. Business boomed, and he established offices in Aurora and Carson City early in 1862. Two more Nevada offices followed, in Silver City and finally Gold Hill. There he lived out his years becoming a Vice Consul to Denmark. 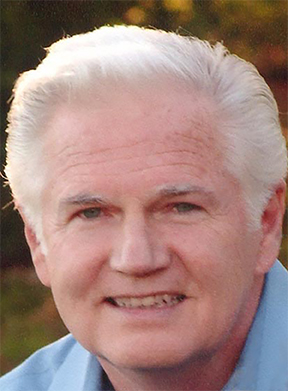 Bio: Paul Franklin has been an executive in the semiconductor industry for some 50 years. During his career he was instrumental in the startup of five companies. Now retired, but still consulting to startup tech companies, he is a frequent lecturer at Stanford University. Much of his time is now focused on Western historical research specializing in the areas of mining and its technology. He has published articles in professional journals, been a lecturer at the UNR’s Osher Lifelong Learning Institute and appeared on the local TV program: Old Tales of Nevada: Past and Present. He recently published his first book, “Anatomy of an Ingot” which follows the careers of three mining engineers and assayers who figured significantly in Nevada’s early silver mining boom. Paul presented a talk on his book here last year. Presently he is finishing another book about a Comstock Mining attorney who met an untimely death at the end of a gun held by his mistress who was a formerly a boarding house manager in Virginia City during the early days.