This NBC TV series “State Trooper”,
featured three episodes which will be shown,
22 minutes each, on the Comstock,
taking place in Virginia City and Silver City. 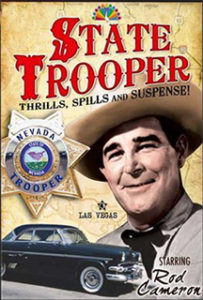 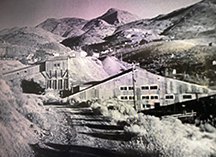 3.  1959 “The Trap that Jack Built” / Murder at the mill. Do you know what a “bear set” is ? Almost exclusively filmed at the Dayton Consolidated Mill in Silver City while still in pristine condition. Great shots of Virginia City and the 4th Ward School.

Speaker:
Scott Jolcover is Comstock Mining’s General Site Manager and the Director of Business Development. He has been working in Nevada mining for over 38 years, including the last 22 with Comstock Mining Inc., and one of its predecessors, The Plum Mining Co. LLC. Mr. Jolcover has extensive real estate transaction experience and worked as a licensed agent. He currently serves on the Board of Nevada Works and was formerly the Chairman of the Virginia City Tourism Commission in Storey County and is a member of the Northern Nevada Development Authority Construction and Design Committee. 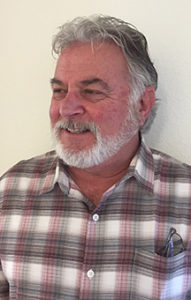