Anatomy of an Ingot

Follow an investigation of a mysterious ingot and the three mining engineers and assayers on a journey that takes you back to the early mining days of the West. Their careers, spanning the second half of the 19th century, intersected much of the early mining history in California and the territories of Arizona and Nevada in addition to meeting some of the important figures of the period. 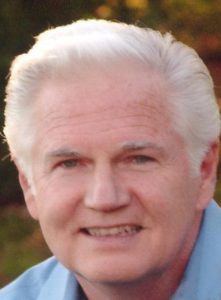 Bio: Paul Franklin has been an executive in the semiconductor industry for over 45 years.  Now retired, he still consults, splitting his time between several start-ups and his passion, Western Americana History, especially researching mining and its technology in the west.

Following his Western Americana passion, he has published articles in professional journals, been a guest lecturer at UNR and appeared on the local TV program: Old tales of Nevada: Past and Present.

He recently published his first book, Anatomy of an Ingot, which follows the careers of three mining engineers and assayers who figured significantly in Nevada’s early silver mining boom.