The Directors of the Comstock Foundation for History and Culture

The Comstock Foundation for History and Culture has a five-member Board of Directors consisting of local representatives from Virginia City, Gold Hill, Silver City, Dayton and Reno, Nevada, and all but one is fully independent, and all who share a deep passion and interest in protecting, preserving, restoring and celebrating this incredibly precious Historic Landmark District. The Board of Directors serve staggered terms, two for four-year terms and two for two-year terms. The first two years the board met annually. In 2015, the board began quarterly meetings. The first Board of Directors convened July 24, 2013. Mr. Corrado De Gasperis was appointed Chair and Ms. Pamela Abercrombie of Silver City was appointed Treasurer. Ron James served as the first Executive Director and was instrumental in organizing, establishing and obtaining organizational and legal status and the infrastructure for the Foundation. He also launched several initiatives including the first major preservation project – saving the Upper Yellow Jacket Hoist and Ore Chute.

In May of 2015, Pamela Abercrombie began the transition to the Executive Director role, as Ron James retired in August 2015. At the August 18, 2015 Board of Directors meeting, two new Board Directors were approved: Mr. Joe Curtis of Virginia City and Ms. Johnye Saylor of Dayton. Mr. Curtis was appointed Treasurer and Ms. Saylor, Secretary, while Mr. DeGasperis was reappointed to the Chair. The Board of Directors approved Pam as the Executive Director and designated Ron James as the Emeritus Director. Ron’s extraordinary contributions of establishing the organization and his near lifelong support and direct efforts of preservation and history in Nevada, especially on the Comstock, begged for his continued involvement with the organization. The Foundation is honored to have his association and ongoing participation.

Currently, Mr. DeGasperis remains the Board Chair and Mr. Curtis is the Board Treasurer. Ms. Saylor and Ms. Halavais also continue as Board Directors. The Board of Directors approved Steven Saylor as the next Executive Director. Steven assumed the Executive Director position on December 11, 2017, and we look forward to him ushering in the next chapter of the Comstock Foundation for History and Culture.

Steven Saylor, Executive Director
As a fine artist with a background in commercial advertising and marketing, Steven holds a B.F.A. & M.A. from Kent State University. He has worked for advertising agencies in Akron, New York, and Reno, holding positions as Art Director and Television Director from 1968 to 1974. He has instructed illustration, design, oil painting, watercolor, and photography at Kent State University and the University of Nevada System / Western Nevada College.
His work in academia includes the development of art and photography classes at Western Nevada College in 1974. In 1986 Steven was awarded instructor of the year at Western Nevada Community College. In 2017 Steven was awarded the Lifetime Achievement Award from Kent State University. Currently he is an adjunct Professor teaching art at Western Nevada College.
Steven also was a working cowboy from 1974-1982 in the Dayton Valley. First working for Tennessee Ernie Ford’s Allran Ranch and then with the Rolling A Ranch.
He is a member of the Society of Illustrators, American Portrait Society, and was a founding member of the Board of Trustees of the Foundation for the American Western Art and Cultural Exchange. Steven and his wife, Johnye, also founded The Judy Project, an animal rescue organization started in 1996. Steven is also involved in invention and new product development in various fields, and currently holds patents in six countries. He has a background in mining and geothermal development. Steven’s Evergreen Studio is located next to his home in a V&T RR Carson and Colorado Railroad 1800’s wooden baggage car. His artwork can be seen at evergreenstudio.com

Corrado De Gasperis, Board Chair
Comstock Mining, Inc. Executive Chairman of the Board, Chief Executive Officer & President
Mr. De Gasperis brings over thirty years of manufacturing, metals and mining operational and financial management, project management, and capital markets experience. Previously, he served as the Chief Executive Officer of Barzel Industries Inc. (formerly Novamerican Steel Inc.) from April 2006 through September 2009. Barzel operated a network of 15 manufacturing, processing and distribution facilities in the United States and Canada. From 2001 to 2005, he served as Chief Financial Officer of GrafTech International Ltd., a global manufacturer of industrial graphite and carbon-based materials, in addition to his duties as Chief Information Officer, and Controller, which he had assumed in 2000 and 1998, respectively. From 1987 to 1998, Mr. De Gasperis was a certified public accountant with KPMG LLP. KPMG announced his admittance, as a Partner, effective July 1, 1998. He holds a BBA from the Ancell School of Business at Western Connecticut State University, with honors. Mr. De Gasperis was appointed as a Director to Comstock Mining Inc.’s Board in June 2011, and is also the Chairman of the Board of Directors for the Comstock Foundation for History and Culture, and a Director of Pathfinders, both qualified 501(c)(3) charitable organizations. Mr. De Gasperis is also a Member of the NYSE Markets Advisory Committee, the Northern Nevada Development Authority and the Northern Nevada Network.

Joe Curtis, Board Treasurer
Joe spent his childhood in Carson City, and from his youth on he has been on the Comstock. He is Carson City High School graduate, holds a L.L.B Degree from LaSalle Extension University, a US Army Veteran, has two Associate Degrees in Criminal Science from Western Nevada College, and is a graduate from the Federal Bureau of Investigations National Academy. He dedicated 25 years to law enforcement in Carson City, retiring as Assistant Sheriff. He has been a leader for the Storey County Volunteer Fire Department for 43 years, with 21 years as Chief of the department. He and his wife of 53 years owned and operated the Mark Twain Bookstore in Virginia City; a family owned and operated business since 1959. He is a self-taught historian and locally recognized Comstock history expert. He one of the founders of the Comstock Fireman’s Museum and is still a volunteer and board member today. He also serves on over ten boards, including the Comstock Foundation. He owns and operates, ‘On the Side Graphics and Signs’, a graphics design business in Virginia City. He currently is the Director, Storey County Emergency Management.

Johyne Saylor, Board Secretary
Ms. Johnye Saylor was born in Grass Valley, California and raised in Hong Kong. After leaving Hong Kong for college in the United States, she married and returned to Hong Kong and later resided in both Japan and Laos. Upon returning to the California, she owned and operated an Inn in Carmel, CA, and later moved to NorthStar at Truckee where she had businesses in Truckee, Tahoe and Reno.
In 1987, she met Steven Saylor, married and moved to Dayton, Nevada, where she immediately became immersed in the historical and business community, working with her husband in several businesses, including an art gallery showing her Steven’s art. Much of the art depicts Nevada and its western heritage and the paintings often entailed historical research that became a big part of her life and remains a great interest.
Johnye and Steven reside in the oldest home on the Comstock in Dayton, NV, built in 1856. They have a small ranch where they care for about 100 rescued animals. In 2009, Johnye and Steven were recognized by The American Red Cross and the U.S. Congress for their efforts with animal rescue. Recently they wrote and illustrated a children’s book about the animals on the ranch.
Johnye has served on several boards including Carmel Innkeepers Association (3 years), NorthStar Tahoe Water Board (3 years), Soroptimist International (7 years), The Foundation for American Western Art and Cultural Exchange (3 years). She has been board Director on the Comstock Foundation board since 2016. She is presently on the Lyon County CASA Board.
As a volunteer she was with the NorthStar at Tahoe Fire Department (13 years) and CASA of Washoe County (12-1/2 years).

P. Lee Halavais, Board Director
Lee Halavais became a part of the Carlin Gold strike when, over thirty years ago she joint ventured with two of the largest companies in the world (Barrick Gold and Newmont Mining) to put into production the Leeville mine and associated claims that have produced some of the most productive precious metal mines in the world. These mines are still generating high volumes of precious metals today and have created hundreds of mining jobs in Carlin that likely will continue for the next fifty years. Lee remains active in the mining community as an investor and shareholder in mining stocks. She is a living legacy to the rich Nevada mining history and brings a wealth of experience and knowledge about the industry, its colorful past and bright future. Lee donates her time and has been a generous financial benefactor to the Foundation and its charitable activities in Virginia City and surrounding Northern Nevada communities.

Don Bergstrom, Board Director
Born in North Dakota, Don and his family lived on a farm near the Canadian border north of Minot.  He graduated from nearby Antler High School in 1969.  He worked with his father and brother as owner/operator of Bergstrom Construction, Inc. from 1970 to 1990.  The primary work was operating heavy equipment for oil field road and site development.  Don and his wife Elaine owned and operated Birchwood, Inc., a golf course, restaurant, and real estate development from 1980 to 1991.  During this time, Don continued to work part-time for Bergstrom Construction, Inc.  Don attended North Dakota State University from 1991 to 1995, earning a BS in Civil Engineering.  Don’s first job was a project engineer with Alaska Surveying Co., Inc. in Haines, Alaska.  In 1998, Don and his family moved to Federal Way, Washington where he worked for David Evans and Associates, a multidisciplinary engineering firm in Tacoma.  In July 2005 Don and Pete Gonzales started Pyramid Engineering, LLC, closing the business in 2018.  Don is a LEED Accredited Professional, licensed as a Professional Engineer in Washington and currently his Nevada Professional Engineering certification is inactive.  Don’s civil engineering experience includes commercial and residential site design, grading, utility design, hydrologic analysis, stormwater conveyance and treatment and roadway improvements.  Don and Elaine moved to Nevada in 2011 and began volunteering with the Comstock Foundation in 2015.  Don and Elaine’s daughter, Megan, and son-in-law, Patrick, live in Belmont, California

Ron James, Emeritus Director
Ron James retired as the Nevada State Historic Preservation Officer in 2012, having administered his agency for thirty years. In 2013, he helped organize the Comstock Foundation for History and Culture to assist with the preservation of the Virginia City National Historic Landmark. Ron retired from the position of Executive Director of that non-profit organization in 2015. He served on the National Park System Advisory Board and as the Chairman of the National Historic Landmarks Committee. Ron is the author or co-author of thirteen books including The Roar and the Silence: A History of Virginia City and the Comstock Lode, and his roughly three dozen articles have appeared in six countries and dealing with history, folklore, archaeology, and architectural history. He is a historian and folklorist, with degrees in both fields from the University of Nevada, Reno, where he lectured for over three decades. Ron was the nation’s I.T.T. Fellow to Ireland in 1981-1982, studying folklore at the national archives. In 2014, he was inducted into the Nevada Writers Hall of Fame. In 2015, the Mining History Association awarded Ron the Rodman Paul Award for Outstanding Contributions to Mining History. Ron was instrumental in the development of the idea for the Comstock Foundation, developing the Foundation, and leading the organization through its first two years of existence. 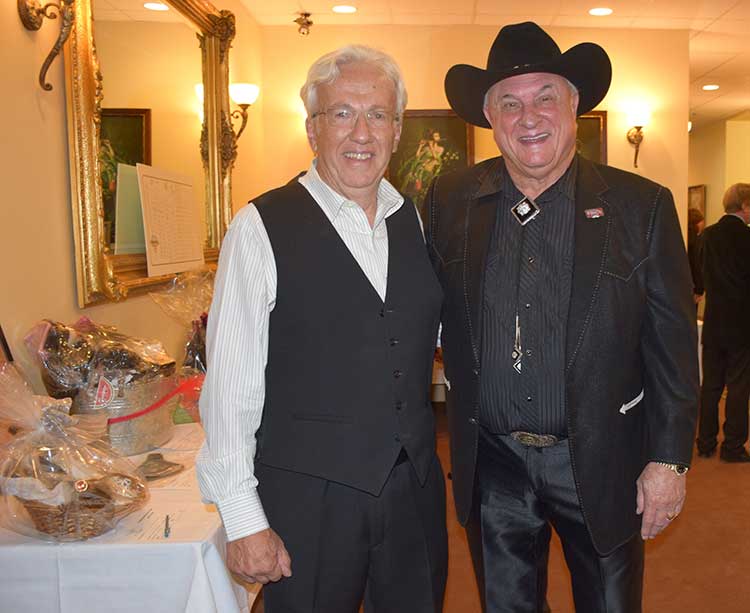 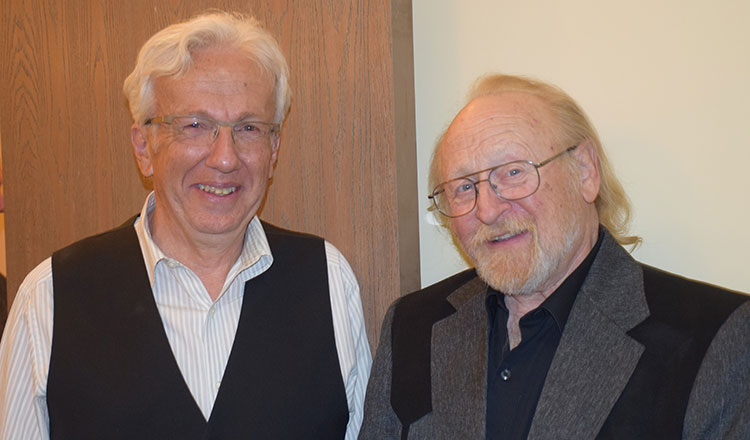 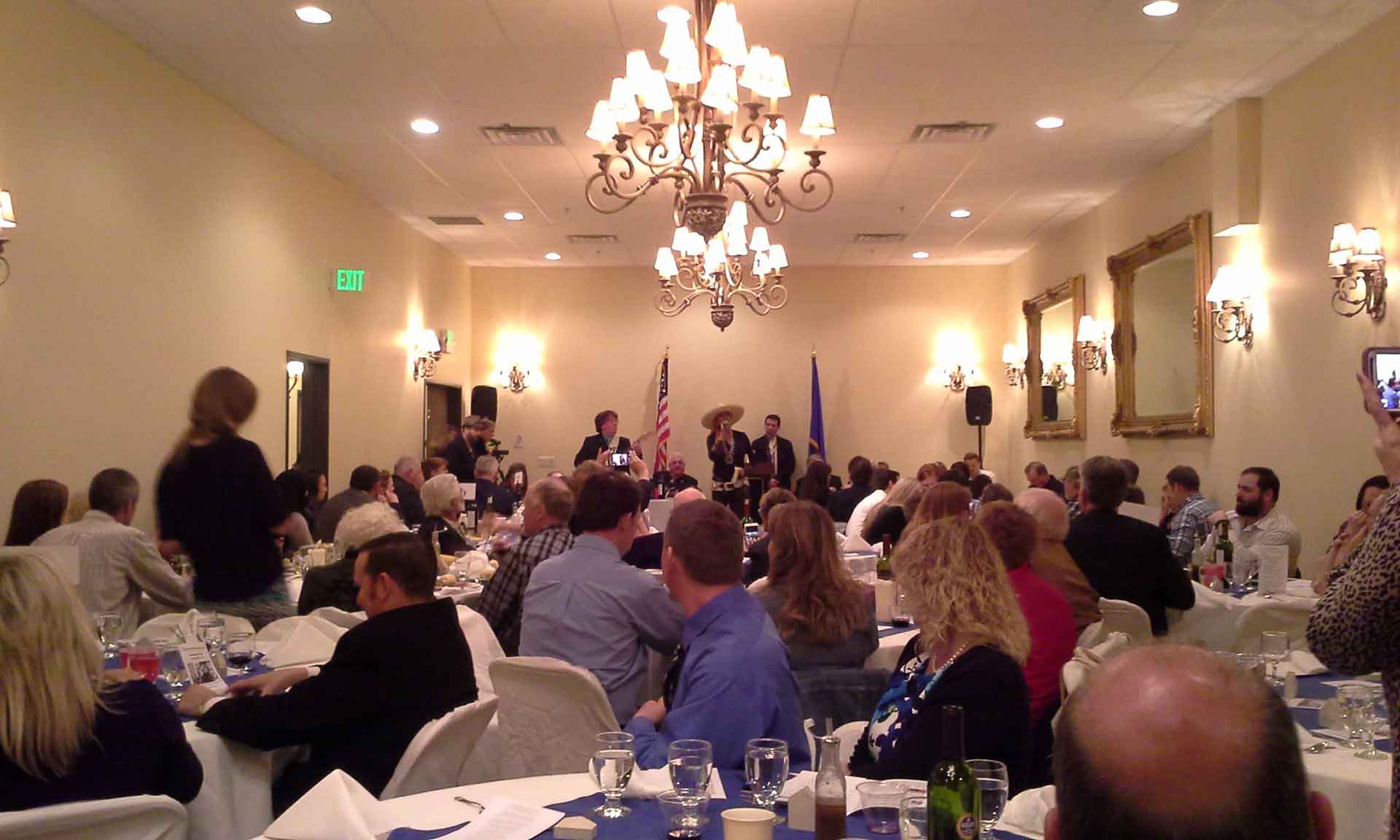